Watch Free The Wishmas Tree Download No Sing Up 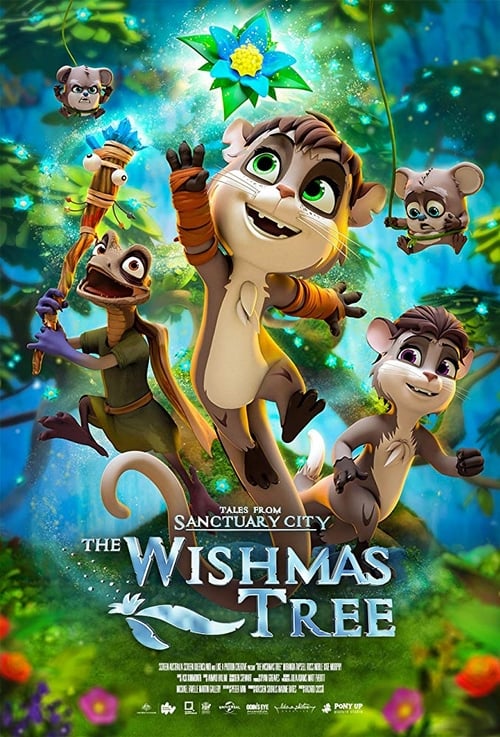 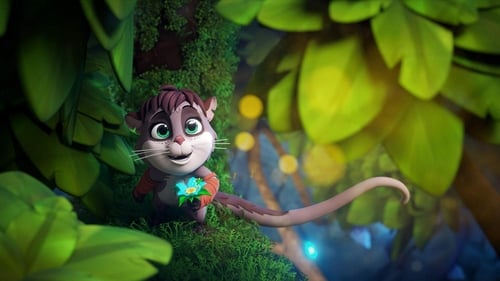 The Wishmas Tree Movie is out in cinemas February 2020. Get excited! #SanctuaryFact #animation #animationfilm #funfacts #funfacts

The trailer for 'The Wishmas Tree' is out! Super proud to have edited this film for the most talented people I've worked with. Starring Miranda Tapsell and Ross Noble! Coming out Feb 2020🤘 • • #likeaphotoncreative #visitsanctuarycity #editor #filmeditor

Wondering if you caught this in the paper over the weekend?! 🤩 There's now exactly ONE WEEK until our feature film 'The Wishmas Tree' releases in cinemas! We are so proud of our hard working team and so excited for you to see what we've been working on 😊 Check out www.visitsanctuarycity.com for more info #thewishmastree

Yarra is wondering what you're doing this weekend? #TFSC #thewishmastree

Tomorrow all will be revealed!!! 😯

Featuring the voices of @misstap and @mrrossnoble, catch children's animated feature The Wishmas Tree in cinemas this Thursday 🍿

In late 2018, I joined the incredible team of #TheWishmasTree as the editor. I worked with the most passionate and hardworking people at @likeaphoton. The Wishmas Tree comes out in cinemas tomorrow! It's a beautiful film, made entirely in Brissy, with amazing voices from Miranda Tapsell, Ross Noble and Kate Murphy. • • @ricardcusso and @ryangreavesfilm thanks for giving me the opportunity to be on this amazing project. • @talesfromsanctuarycity #film #animation #editor

That feeling when it's a long weekend... 😍#TheWishmasTree

Our lovely producers, Kristen and Nadine, tell us a little bit about Kerry from The Wishmas Tree. Featuring the voices of Miranda Tapsell (Kerry) and Kate Murphy (Petra). The Wishmas Tree is in cinemas February 2020 #tfsc #wishmastreemovie #australiananimation

Who else has a sister who laughs at her own jokes like Petra? 😂 #TheWishmasTree

I specifically asked for Ross Noble to not share the booth with me 😂 See you at the premiere! (You won’t see me and if you do it’s Ms Tapsell and no eye contact) 😎 The Wishmas Tree is at cinemas 27th of February. @theprojecttv @talesfromsanctuarycity @mrrossnoble

New episode alert 🚨 Leigh hears the Call of The Wild, while Tim shares if true story Richard Jewell is a hero or a zero. Plus, we're gung-ho for Guns Akimbo, but Cupid news and a trailer full of shower rubbing leave us less enthused. Have a listen (link in bio) and let us know what you think of this week's releases 👍🏼🍿 – – – – – #callofthewild #richardjewell #harrisonford #popcornpodcast #moviereview #incinemasnow #newmovies2020 #newpodcastepisode #passthepod #gunsakimbo #danielradcliffe #cupid #sanctuarycity

Me running desperately into the weekend like... #dropbear #aussieanimals #thewishmastree

The Wishmas Tree is out in cinemas near you from 27 February. To win a family pass, tag a friend with what you’d wish for if you had one wish to make! Drawn Friday 21st at 2pm AEST, winner will be announced in our stories so please stay tuned ...

Who better than @mrrossnoble to voice the wise and crazy Yarra the frilled necked lizard!! Definitely one our favourite moments during production on The Wishmas Tree. I can confirm, Ross Noble is a legend!! The Wishmas Tree comes out tomorrow!! #rossnoble

Check out Ross Noble on @theprojecttv as he announces his role in #TheWishmasTree as Yarra the frilled-neck lizard. See the film in cinemas from February 27!

🌟Today we closed a follow-on investment in BDF portfolio company Like A Photon Creative, which marks the Funds 8th follow-on investment to date🌟 There is no doubt about it that the @likeaphoton team are continuing to amaze us all and we couldn’t be prouder! 🥳 The Wishmas Tree is in cinemas around the world 13 February 2020, mark your calendars 📆 I know we have!

Boop boop, put it on a loop loop. The Wishmas Tree is out in cinemas on the 27th of February. We can't wait for you to meet Kerry and Petra! #TheWishmasTree

Amazing people all around us today! We caught up with some special Social Workers and interviewed the director of ‘The Wishmas Tree’ that premiers in cinemas today! The kids were lucky enough to watch the movie too!! 👩‍💼🎥💕 . . . @childrensorgau @queenslandchildrenshospital @likeaphoton @talesfromsanctuarycity #socialwork #movie #kids #fun

💜 WIN with #Thewishmastreemovie & #chipmunksplayland 💜 The Wishmas Tree is out in cinemas near you from 27 February. ENTER to win on of 5 Family Passes!! HOW TO ENTER - 1, 2, 3 steps & you're done! 1. Make sure you follow @chipmunks_au IG page 2. Like this post 3. Tag a friend you'd wish take to the Wishmas Tree Movie That's it, you're in to WIN! Competition open to AU residents only. 5 family passes to be won across Chipmunks Australia Facebook and Instagram page! The prize: 1 of 5 Family Passes to The Wishmas Tree Movie! 💜😍💜 Entries close 25 Feb 2020

New in cinemas 🚨 Today's new releases include a poignant tale of redemption and forgiveness, an adorable Aussie animation, a Miss Fisher mystery and a thriller that's being called one of the best movies of 2020. Which one are you excited to see? – – – – – #honeyboy #missfisher #invisibleman

Huge thank you @madeformadison for our tickets 🎬 we loved movie 🎞

A few words I had to say on this very special day. Go to my Facebook for the Spanish and Catalan versions! #thewishmastreemovie

Go and support this exciting new movie that is out today! This movie is made by the ONLY female owned and operated animated studio in Australia AND is led by a female lead which is a gorgeous ringtail possum. The movie is about fixing your mistakes and helping the environment which is a beautiful message for our little ones. Let us know what you think about it! #breakinggenderstereotypes #femalelead Reposted • @talesfromsanctuarycity TODAY IS THE DAY! The Wishmas Tree is out in cinemas all across Australia! Take your friends and family or even make it a fun weekend event 👏😊 #TheWishmasTree

The Wishmas Tree: Trailers and Videos

Behind the Scenes of The Wishmas Tree | Writing

Behind the Scenes of The Wishmas Tree | Writing

Behind the Scenes: Creating the Dropbears in The Wishmas Tree

Behind the Scenes: Creating Kerry the Ringtail possum in The Wishmas Tree

Draw Yarra from The Wishmas Tree - Speed Draw with Paul

Draw Bernard from The Wishmas Tree - Speed Draw with Paul

Draw Kerry from The Wishmas Tree - Speed Draw with Paul