Comments & Reviews to the Movie «Slayer: The Repentless Killogy»

Finally all that wood chopping training has paid off. See you on November 6th! #Slayer #killogy #worldwide

For one night only, see Slayer: The Repentless Killogy on the big screen! Including a short film as well as the full concert from August 2017. Book now for #SlayerKillogy on Wednesday the 6th of November at 8.45pm:

Attn: fans! TOMORROW ONLY, "Slayer: The Repentless Killogy" comes to Cinemark theatres! FOLLOW US & RT this tweet for your chance to win a signed poster and limited edition vinyl. #SlayerSweepstakes Rules:

NOVEMBER 6 ONLY! 🤘 See the Thrash Legends on the big screen when : The Repentless Killogy comes to Cinemark for one night only. 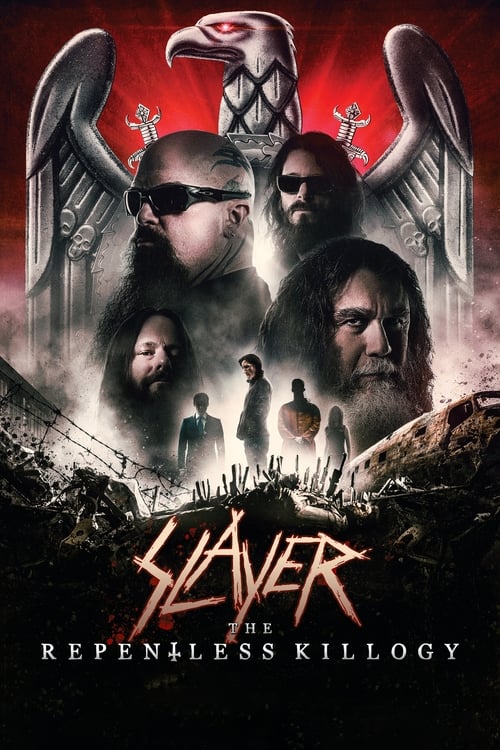 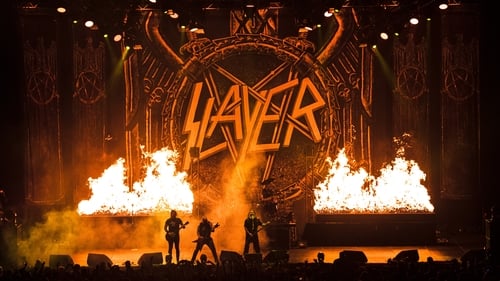 Slayer - Tom Araya, Kerry King, Gary Holt and Paul Bostaph - along with Trafalgar Releasing, Nuclear Blast Records and Prime Zero Productions, are pleased to share the theatrical trailer for ‘Slayer: The Repentless Killogy’, coming to theaters worldwide for a one-night-only event on November 6. In addition to the new trailer, fans can now find local theaters and purchase tickets at Slayer.Film. 🎬 Link in bio. https://go.movieweb.com/2onpSMH

For ONE NIGHT ONLY on November 6, you can experience Slayer: The Repentless Killogy in select theaters around Omaha. • • • Full of revenge, bloodshed and retribution, the first part of Slayer: The Repentless Killogy is a short narrative film that blends the music of Slayer with an uncompromising and unmissable, trilogy of music videos assembled as one chronological storyline. Part two of The Repentless Killogy features Slayer’s entire live set performed at the Los Angeles Forum on August 5, 2017. • • • If you're a Slayer fan, you're not going to want to miss this. Find a showing near you: https://www.slayer.film/ • • • @slayerbandofficial #slayer #slayerband #rock #slayernation #repentlesskillogy #slayermovie #onenightonly #movie #exclusive

Next month, it'll be raining blood at Nitehawk Prospect Park. SLAYER: THE REPENTLESS KILLOGY is coming for one nite only on 11/6, featuring a short film (with Danny Trejo!) and Slayer's entire performance from their 2017 concert at the LA Forum, plus a special message from the band recorded during the South American leg of their Final World Tour. ⠀⠀⠀⠀⠀⠀⠀⠀⠀ #nitehawkprospectpark #musicdriven #slayer #therepentlesskillogy #dannytrejo

This week: Go full circle with Slayer! 🤘 ⠀⠀⠀⠀⠀⠀⠀⠀⠀ First, SLAYER: THE REPENTLESS KILLOGY comes to Nitehawk Prospect Park tomorrow, featuring a short film before Slayer's entire 2017 performance at the LA Forum, plus a greeting from the band who are currently on their final tour. ⠀⠀⠀⠀⠀⠀⠀⠀⠀ If you're still metal thrashing mad after that, head over to Nitehawk Williamsburg on Thursday nite for MURDER IN THE FRONT ROW, the new Bay Area thrash metal documentary featuring interviews with Slayer, plus Metallica, Megadeth, Anthrax, Exodus, Testament, Death Angel, Possessed and more! Director Adam Dubin joins us for a post-screening Q&A. ⠀⠀⠀⠀⠀⠀⠀⠀⠀ #nitehawkprospectpark #nitehawkwilliamsburg #slayer #murderinthefrontrow #thereplentlesskillogy #metal #thrashmetal